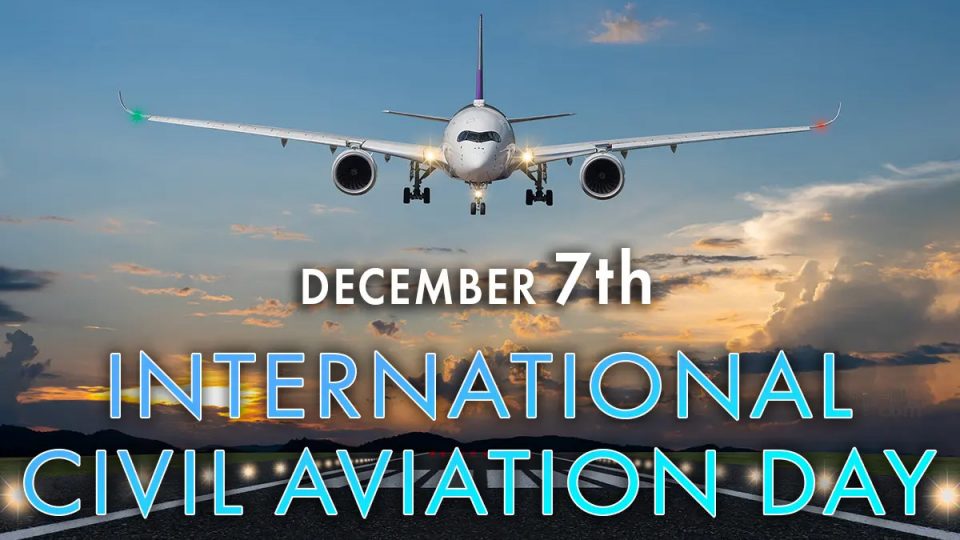 On December 7, we celebrate International Civil Aviation Day to acknowledge the flight industry’s influence on modern life. It’s incredible to think that in less than 24 hours, you can transport your body to pretty much anywhere in the world. Flying has made the world a much smaller place and significantly impacted our lives. Stay updated on the news related to aviation by top aviation journalists. Today we celebrate the impact of flying and are thankful that it has opened so many doors for all of us.

The International Civil Aviation Organization (ICAO), a specialist organization within the United Nations, established December 7 as the day to celebrate civil aviation’s impact on the world. Tourism and business have changed forever due to flying, not to mention the cultural connections that have been enabled.
The first International Civil Aviation Day was held in 1994 as part of ICAO’s 50th anniversary, and in 1996 the United Nations General Assembly officially recognized December 7 as International Civil Aviation Day. They agreed to try and use the day to reinforce the importance of civil aviation to social and economic development and to recognize the unique role the International Civil Aviation Organization plays in helping countries cooperate and bring to life a genuinely global transit network.
As the U.N. has now adopted Agenda 2030, a pledge for the reduction of pollution that comes with the end goal of a new era in global sustainable development, the importance of aviation as an engine of global connectivity remains just as relevant. In recognition of ICAO’s 75th anniversary, the council selected the theme “75 Years of Connecting the World” for the 2019 celebrations, which will run through to 2024.
International Civil Aviation Day is a day to enjoy the extraordinary things humans are capable of and to look at the future as we continue to innovate and bring cultures closer together.

Thank a civil aviation worker
One of the most direct—and profound —ways to show appreciation for a civil aviation worker is to tell them. Pilots and flight attendants may come to mind first, but don’t forget about air traffic controllers, who keep the skies and runways safe for all of us, and baggage handlers, which defy logic and ensure baggage ends up at its best final destination. If you are friends with an aviation worker, give them thanks and a pat on the back this December 7.
Consider employment in the civil aviation industry.
If you’re in the market for a job, try researching the many positions available in this industry. You’d be surprised by the broad demand for skills. From labour-intensive outside work to marketing and advertising office gigs, you’ll likely find something that fits your needs. Plus, the perks of working for an airline can’t be understated (free airline miles? Yes, please).
Get involved
If you’re passionate about helping nations further develop socially and economically, there are many ways you can get involved with the ICAO. The current theme for International Civil Aviation Day is “Working Together to Ensure No Country is Left behind,” The ICAO will hold meetings, events and meetups to discuss how to push this agenda.

They are sturdy
Some planes can fly for more than five hours after one of their engines goes out.
Aeroplane air is drier than usual.
So remember to keep hydrated and moisturized!
A Boeing 747 is more fuel-efficient than your car.
At 1 gallon of fuel every second, A Boeing 747 offers 0.2 miles per gallon of fuel.
Takeoff and landing are the most dangerous times.
About 61 per cent of all fatal plane accidents happen during these times.
They are all around us.
On average, about 8000 aeroplanes fly over the world’s skies at any minute.

Why Civil Aviation Day Is Important

It gives us jobs
Civil aviation is more than just pilots and flight attendants. The aviation industry includes commercial carriers (think FedEx or United Airlines), private jets, air traffic control, airport management (those friendly people who take your bags), manufacturing (Boeing), maintenance, and several more offshoots. The industry supports more than 10 million jobs in the U.S. annually.
It’s super futuristic.
The aviation industry has given us some of the greatest inventions of the 20th century, and this innovation is ongoing. Airbus, for example, is currently planning its “Smarter Skies” initiative, which it hopes by 2050 will: Decrease the flight time of every flight by 13 minutes; save nine million tons of excess fuel every year; and avoid 28 million tons of avoidable CO2 emission annually.
It can build countries.
Figures from the U.N. show that in today’s global economy, for every $100 produced and every 100 jobs created by the civil aviation industry, an additional $350 and 610 jobs are generated in some other industry. So, the road to prosperity is hardly a road and is more like a new runway.

International Day for the Eradication of Poverty